[UK PREMIERE 10 -15 May] Goliath: Playing with Reality at BFI Southbank + a Special Screening Event on 11 May

We’re thrilled to announce that Goliath: Playing with Reality will be at the BFI Southbank, London from 10 - 15 May, 2022.

Since our launch at the 78th Venice International Film Festival last September, we’ve been touring the world from Europe, the US, China and Australia; now we’re finally bringing Goliath home and we can’t wait for you to come and experience it! 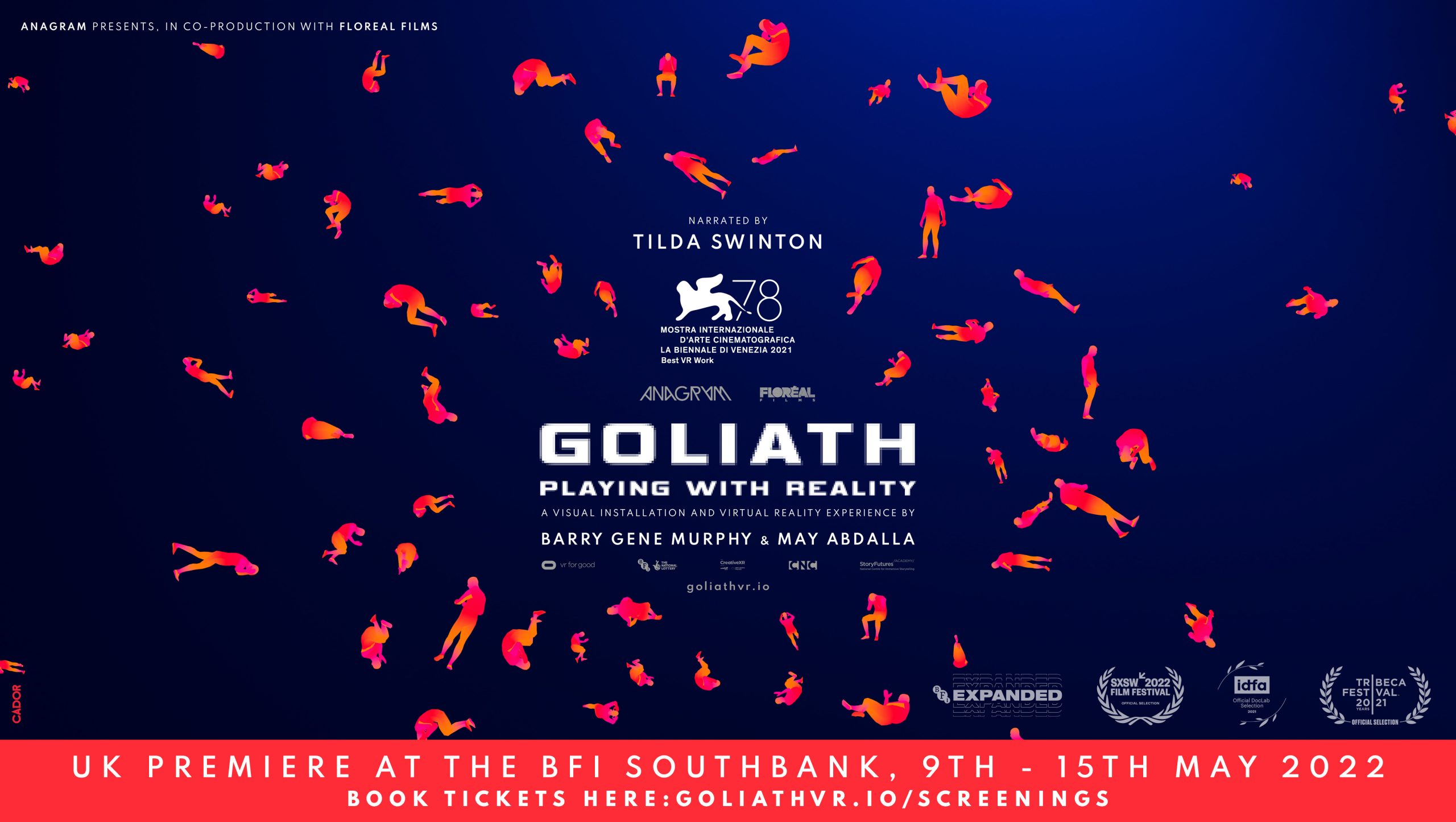 Presented as a virtual reality installation, step into the expanded game world of Goliath where you will be invited to put on a headset  and explore the limits of reality, guided by the narration of Tilda Swinton.

It is an honour to have Goliath's UK premiere at the BFI — one of the biggest supporters of this project. The BFI Film Fund now funds immersive works, which is an incredible move for championing new dimensions of storytelling and we're proud to be part of it.

*Tickets are £5, advance booking is recommended.
**Eight people can book for the same time slot, so bring your friends!

As part of the BFI Expanded programme and Mental Health Awareness Week, we will be hosting a special evening screening and panel discussion to explore the representation of psychosis on screen, co-curated by mental health charity Mind in Camden.

Psychosis, a symptom of many severe mental health conditions, is shrouded in stigma and has often been misrepresented on the big screen. From Hitchcock’s Psycho to Joker, exaggerated narratives of violence compound stereotypes.

Can we tell more accurate stories?

Come watch a series of powerfully artistic shorts that bring creative filmmaking and personal storytelling to the fore. These films explore the range of what it really means to live in alternative worlds. Followed by a thought-provoking panel about why we really need to challenge the representation of mental illness on screen.

We are looking for a LOCALISATION PRODUCER who can work with us on the multi-award winning studio title Goliath: Playing with Reality.

This will involve localisation to several languages and porting to headset models. The technical team is already in place.

For more information, check out the full job description.

Projects
About
Commissions
Services for Hire
Talks, Workshops and Teaching