Palace of the Machines

A one night only celebration of the limits of flesh and the wonders of metal.

Commissioned by Knotch for Cannes Lions 2016

The illustrious grounds of a luxurious villa in the South of France are transformed into the home of a visionary yet maniacal professor of cybernetics.

Having dedicated his life to the fusion of humans and machines, tonight he opens the doors for the first time in 50 years. Enter through the gates and be drawn into a tantalising story of circuit boards and surgery, blood and guts, love and betrayal – sitting somewhere between Monty Python, The Lobster and Metropolis.

“Tonight, in the Villa de la Deux Tetes, there is a party. For 50 years, these gates have been chained shut. Smoke billows out occasionally, lights flash but even the postmen have no idea what happens behind the gates.

On the streets of Cannes, rumours circulate that the man who owned the Villa was a genius who fell in love with machines - and that 50 years ago, he shut himself and his employees away to work on the golden goal: the ultimate human/robot hybrid.

Now - the Doctor is ready to show the world what he has been up to all these years. But as his guests find their way around his exotic Villa and meet it’s residents, they hear seditious murmurs in the shadowy corners of the garden. The Doctor isn’t quite as friendly as he seems, and there will be trouble before the night is done.

Tonight, he is making his most specialized model yet – he is going to insert a human stomach into a machine and make the perfect cyborg bride.”

The Palace of the Machines was a one-night-only show, a party and a strange experience full of secrets to discover. With a cast of 20, four bands and two swimming pools. 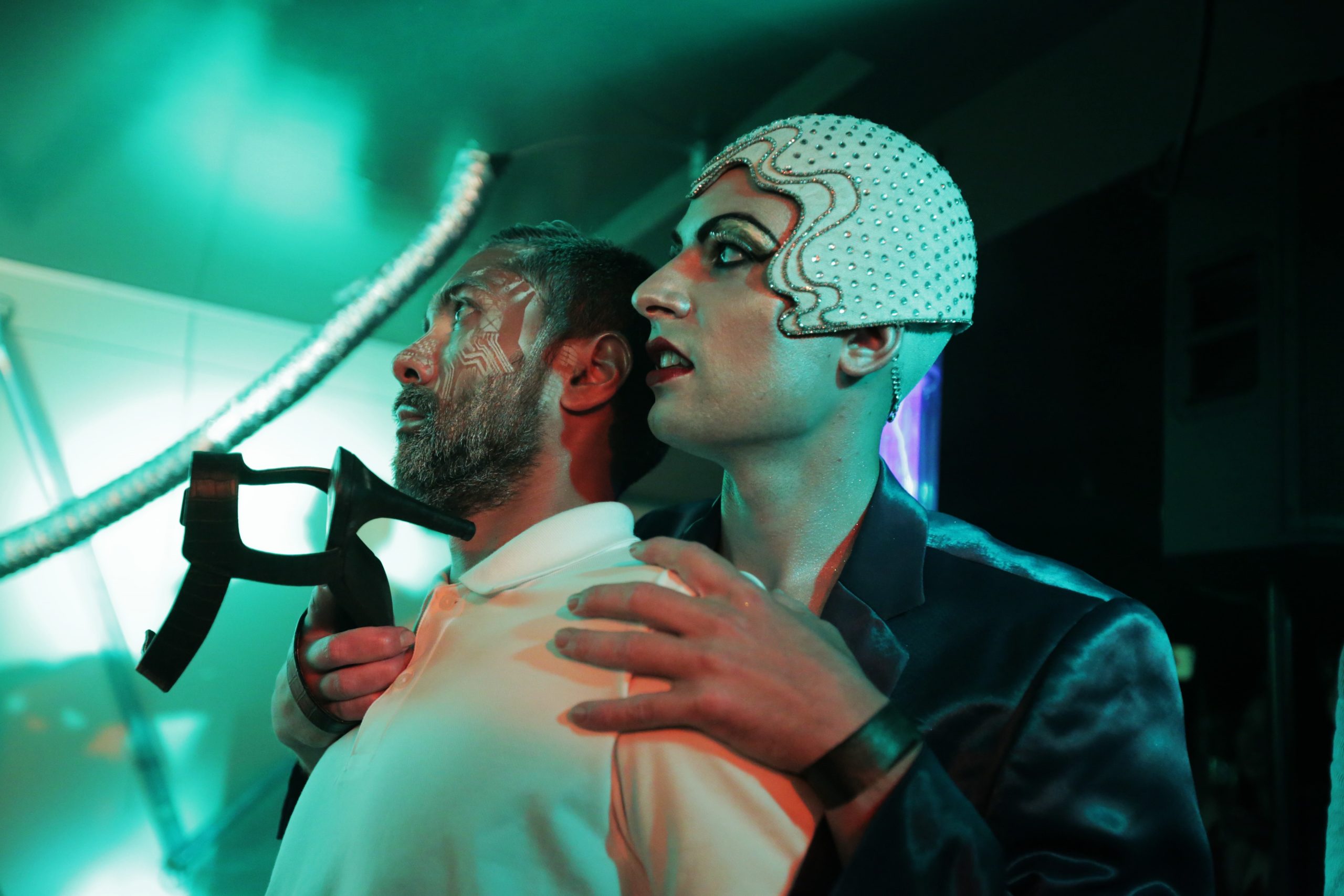 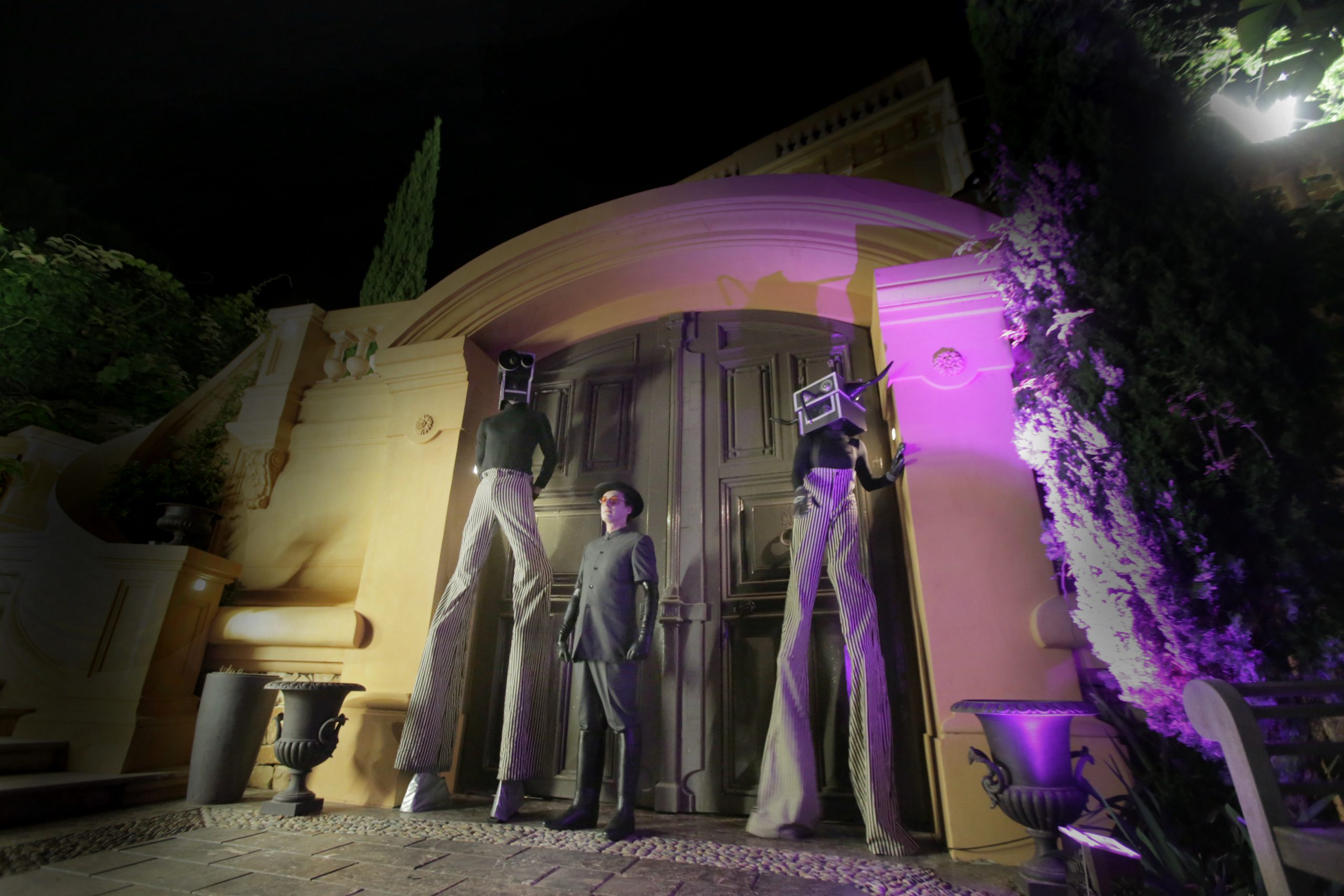 Written and directed by Amy Rose and May Abdalla 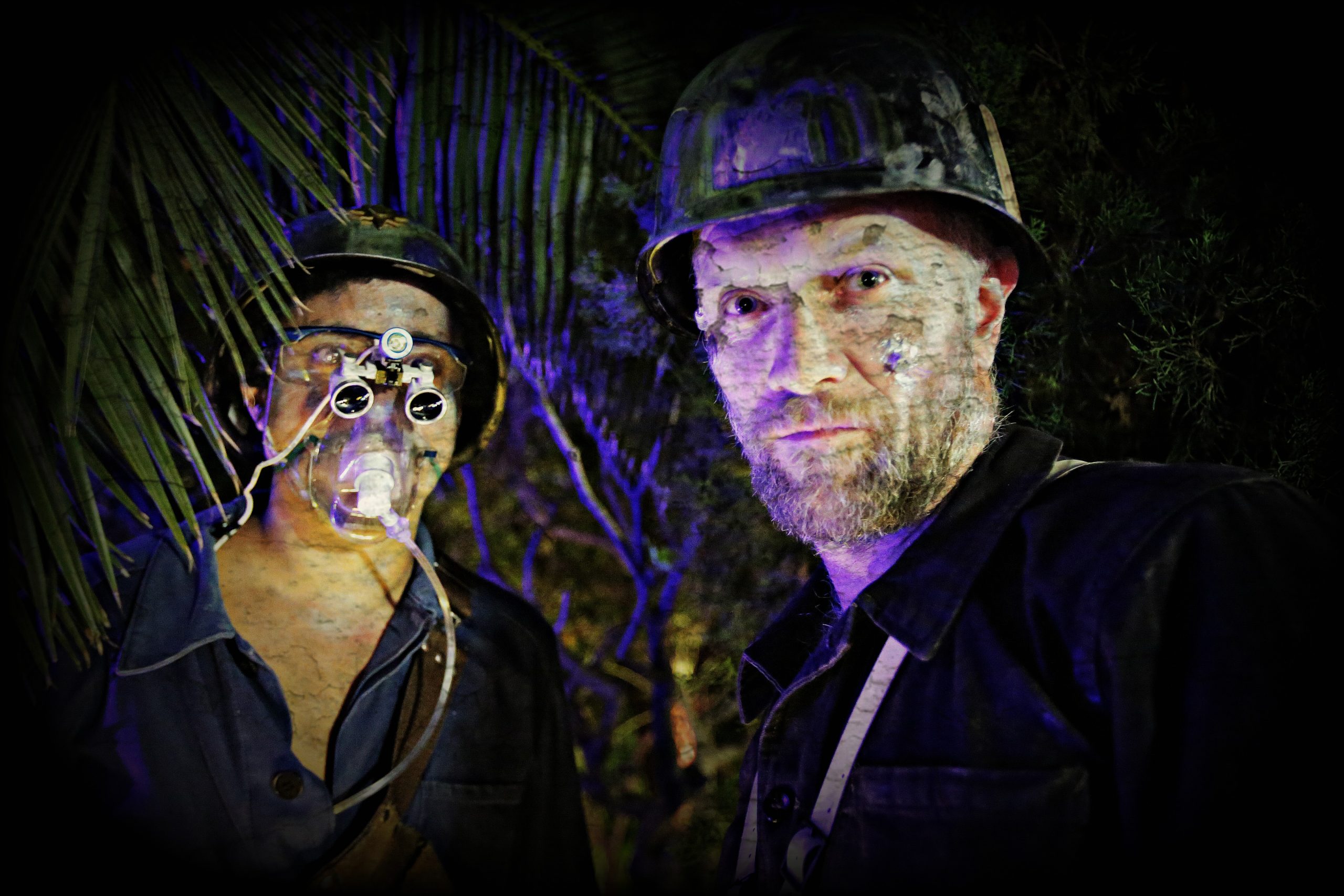 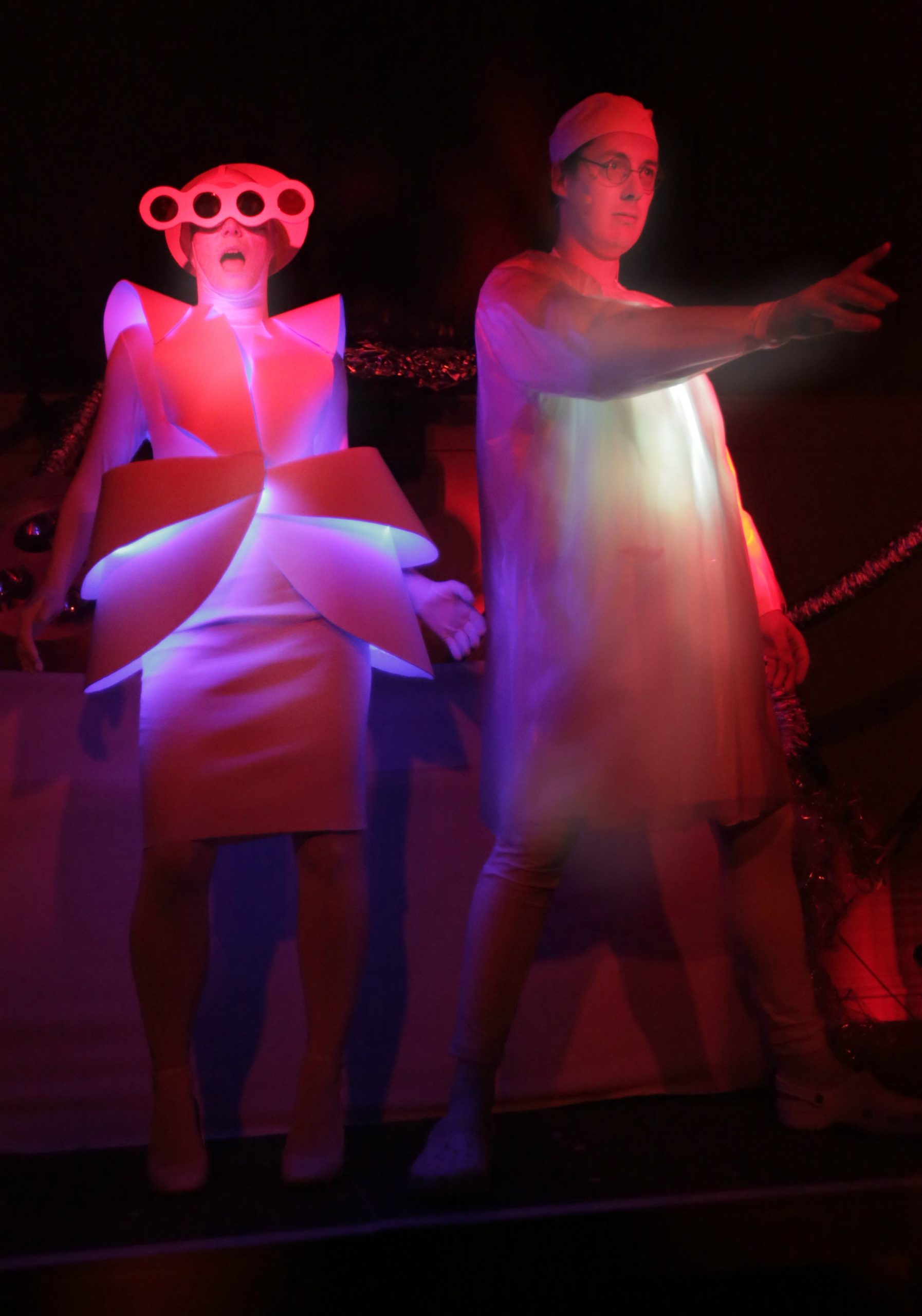 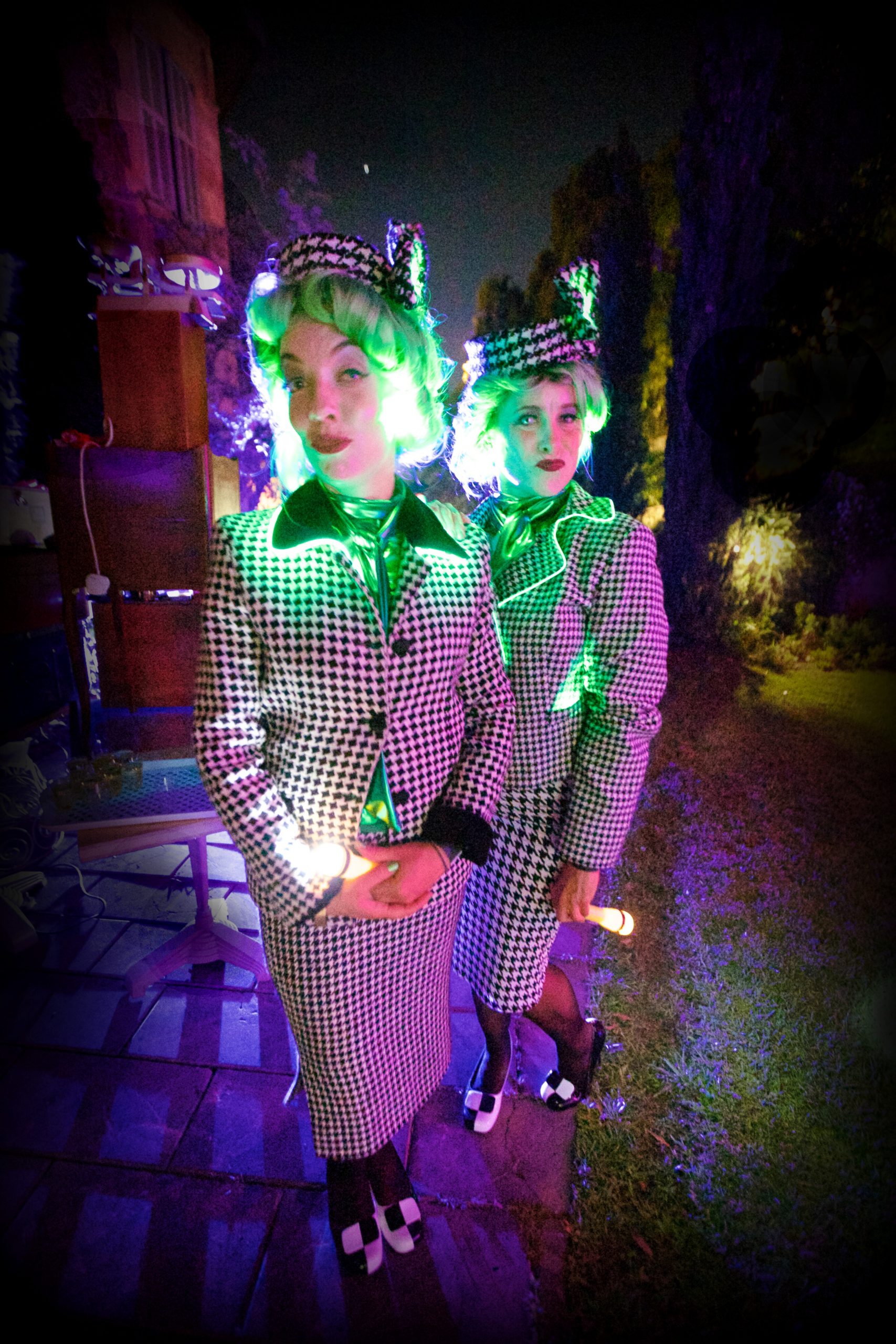 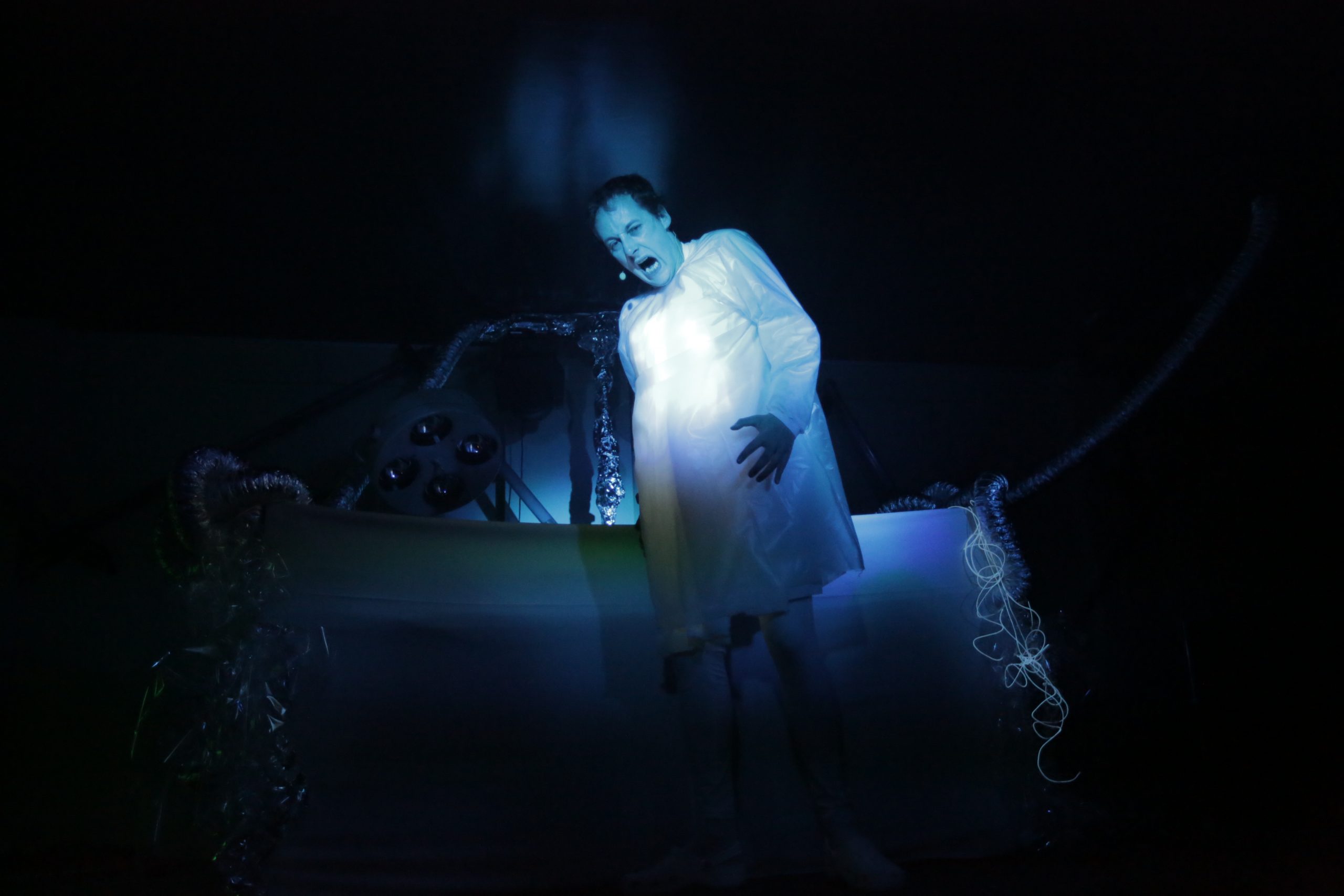