Based between Bristol and London. 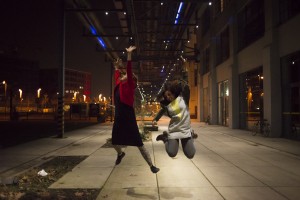 Almost all of these projects use technology in surprising and recently-possible ways.

However, the team firmly believe that an experience should not be about technology unless it is actually about technology – so even through there is a lot of innovation behind the scenes to make these experiences work, the average audience member may never know. An interactive experience doesn’t need to be a tech trade show. 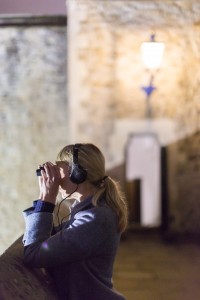 “Anagram think deeply about creating extraordinary experiences using all the senses. They fundamentally changed the way I think about the potential for immersive storytelling.”
INGRID KOPP, HEAD OF INTERACTIVE, TRIBECA FILM INSTITUTE

At its core, the work invites people to consider what it means to be alive today, in this society and alongside these people. Through understanding the experience of others, we want to challenge the way we see ourselves and the world around us. 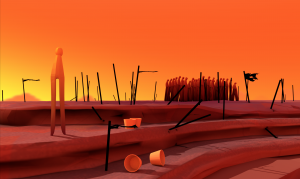 “Working with Anagram was a truly inspiring experience. Their creative input is innovative, delivered quickly and with high professionalism. Their energy and motivation is easily transferred to the project and the people working with them. We definitely look forward to future collaborations!”

ANAGRAM are a multidisciplinary studio that straddle the worlds of art and technology. Starting out in the world of documentary Anagram have experience in the fields of performance art, installation, immersive realities, animation and gaming.

The birth was in April 2013 when co-founders Amy Rose and May Abdalla took on a residency in the basement of  Blast Theory. May and Amy dreamt up the first ideas that would become the meat of Anagram’s work. The intention was to make stories augmented by movement and actions taken by the participant, and to explore what meaningful agency in a story might look like.

“Michael Apted & Guillermo Del Toro might have dreamt this up… but it’s actually from Amy and May.” Tom Roston, POV/PBS blogger

This enquiry has required a colourful team and in the years since birth, Anagram have worked with a wide variety of talented people – from architects to creative technologists, engineers to sound designers – all hunting for the perfect marriage of story and interaction.

“Working with Anagram brought a new dimension to our public programme. They took a fresh perspective to our sites, which really connected with London audiences, crafting a compelling narrative to tell a story that seamlessly blended the historical and the contemporary.”

Dr Mike Golembewski, Interactive designer, worked for over 20 years in the creation of tools and technologies to support creative practice with academia and commercial organisations, and inventor of a number of AR and VR tools. E.G. his work with Unilever Research in 2004 involved the creation of novel augmented reality displays and interaction techniques for use within commercial and home contexts.

Barry Gene Murphy, Creative Director and Visual Artist,  is an award winning filmmaker and artist with over 15 years experience in commercial animation, 3D and special fx and more recently Mixed Reality. He has created visuals for Block9, Nike, Sky, Samsung, as well as experimental performances such as for Carlos Acosta at the English National Opera. Barry has lectured in Animation. Barry’s first foray into VR was in early 2013 as visual designer on Proteus, an interactive textual experience of a single chapter of James Joyce’s Ulysses.