Only Lean On That Which Resists

The Order of Balance is the greatest public service that the world has never heard of.

All sacred communiqués since the dawn of time have been made possible only thanks to the intricate and profound rituals of balance that our sacred order have conducted.

We would never have needed to make your acquaintance if it hadn’t been for some strange and snarky problems we’ve noticed lately.

We think you are partly responsible. And therefore we have decided that we need your help. 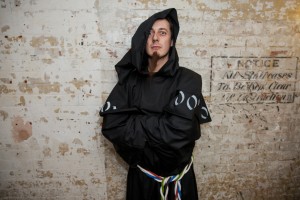 We are inviting you to be initiated into our order.

This is auspicious because no one has been enrolled into our community since the troubles of 1859.

The night of your initiation will be the 29th October 2016. This date marks the 47th anniversary of the creation of the internet, the 1023nd anniversary by the occupation of Syria by the Byzantines as well as National Cat Day. 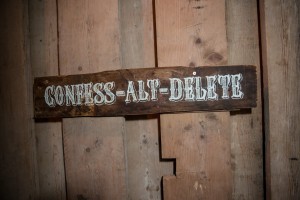 The alignment of these events means we must perform a powerful ritual with you, our soon-to-be-new Monks. As such, you are invited to the only opening of the Monks of Balance Headquarters that has ever taken place. Set upon the Thames in a secret location, the Headquarters is a building where we live, work, and play. The eggs are created and destroyed, our thumbs are trained, our soft wear updated and the penance delivered for those in the Dark Web.

ONLY LEAN ON THAT WHICH RESISTS was a one-night immersive spectacle-come-party, made for Mozfest 2016 and commissioned by Mozilla. The Order of Balance Headquarters is now closed to everyone except those who were brave enough to be initiated into the Order on the 29th October 2016. 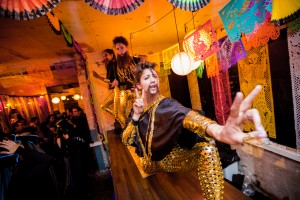 plus music from BRASSTERMIND and Nikhil Shah and Llywelyn Ap Myrddin.