This summer Anagram are vacationing. And of course we take play very seriously – it being integral to work.

For some reason which I struggled to remember at the time,  I  had decided to spend some of our very sparse holiday quota on the Welsh-English border doing a Vipassana retreat. 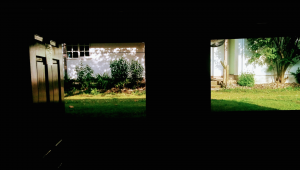 For those of you that don’t already know, Vipassana is an ancient technique of meditation allegedly used by the Buddha himself – and left by him to subsequent generations to allow us to follow his part to seeing the truth – not just seeing but viscerally knowing the truth.

What they drill into you at the beginning, is that it doesn’t matter what you think the truth is, even if you disagree with everything they say, the experience you have will be more powerful that being convinced by argument. After all, how many times have you in theory signed up to an idea that you ought to live a kind and compassionate life but then been a major dick for a multitude of reasons. Feel it on your skin and then it becomes real.

The truth incidentally (although remember – me telling you this alone will have no affect on you) is that there is nothing between mind and matter – it is one hallucinogenic continuum – that we are nothing but vibrating atoms held together – more space than presence. Yeah so you know that already – no big deal. But herein lies the magic – if you can truly embody that knowledge it is inevitable that you will eventually transcend pain – no longer crave pleasure – no longer be enslaved to sensory needs – and become released from all misery.
I figured it would be hard to survive without whats app for 10 days, but on balance it could work out.
I decided to drink the Kool-Aid.
You vow silence for 10 days and sit 11 hours a day in meditation.
(The gong wakes you at 4am – for your to begin at 4.30.) The nature of the meditation evolves over the time.
For the first three days you do nothing but heighten your senses – for one day you sit and observe the difference in temperature between the air entering your left and right nostril and the air leaving your nostril.
This means that you are more than ready when on day 4 you are told to cast your awareness to the movement on your limbs you are flung into a overwhelming vision of your entire body being covered in electric shivers racing across your skin – its very pleasant – but then the pain begins – emotional, physical. Every day they tell you that this is the only route for you to reach contentment. The soporific prerecorded voice of the Burmese businessman guru -who is dead but who was recorded by video in the 90s is played at you constantly.
Every evening you watch a 90 minute video of this charismatic leader (S.N. Goenka)  tell you about the depths of your pain – and its intractable reaches into your soul – and how persisting with the meditation – even though you are sad and lonely and want to leave is your only hope. You begin to love him. The only break in your silence for 10 days is the sound of your own voice laughing heartedly at each of Goenka’s jokes.

It had all the markings of a cult.
I hated almost every second of it. I made a pact with myself that I would not leave until day 4 – but each day I would struggle with the realisation that there were still so many days to leave. I wanted to leave almost constantly.

They tell you that your desire to leave is the discomfort of your mind’s defilements leaving your brain.

That the process has begun – your mind is on the operating theatre and the first incisions have been made and the negativity comes out.
Each man to his own here of course – I suspected it would be a putrid mess to see the deep rescnesses of my mind. It was fairly horrid. Waves of anger, sadness, hopelessness, images of violence, death. Each night when I shut my eyes I had a David Lynch omnibus programmed just for me. I found myself awake in the middle of night crying. Something I really didn’t want to be doing – sharing as I was a small room with one other girl – with whom I had exchanged no words – we navigated each other and our inner horrors slightly awkwardly.

I persisted partly because I wanted to know what would happen. What would be there on the other side of all the pain?

I think I can be convinced that the mind is – in the main – completely wacko, and lining up a long vista of pure fantasies through which my life experiences are flung between.

But  why should what your senses experience be any more real than anything else? It’s a kind of Ontological absolutism that has its own issues.

Attempts to disentangle the observer from the observed, is an endeavour plaguing the physicists, neuroscientists as well as the mystics (although the mystics are characteristically more zen about the whole thing)

On one hand you have the issue of the brain and its process – and the bare faced mystery of how it can give rise to a seamless first-person conscious experience.  The soul problem.

And then on the other hand there is quantuum physics – and the recordable phenomena that seemingly proves that quantuum systems don’t become localised, defined objects in space until they are observed.  Assuming that things exist create wrong answers in experiments.

As the 1950s American theoretical physicist John Wheeler (the man who coined the term ‘Black Hole’) put it, “Useful as it is under ordinary circumstances to say that the world exists ‘out there’ independent of us, that view can no longer be upheld.”

So while neuroscientists struggle to locate the source of a first-person reality, the physicists can’t locate anything but. All roads leads to the observer.

Physics is ‘a dynamic interplay between storytelling and equation writing. Neither one stands alone, not even at the end of the day.’

Even the physicists are saying it now.

Back to the meditation cushion however. The exercise that you are asked to do becomes less about what you sense and more about your relationship with that. The last 4 days all you are asked to practise is equanimity. Pain is perception, pleasure is perception.  Do not next let your personhood attach to either. Allow your experience to sail off on the horizon – recorded by a machine that is your mind.

Am I different now?

Probably yes. As much as the idea annoyed me,  detachment is a great place to be.

However, is this reality or a rather pleasing story?

It doesn’t seem to matter either way. Because my brain can’t argue with my body. 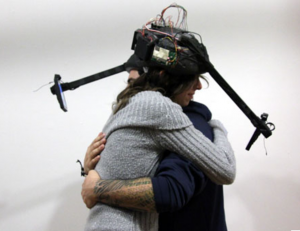